In a national park, however, the scenery and resources are protected, and nature is allowed to run its course. The ultimate decision to establish a national park meant that the scenery, resources, and some of the native architecture would be protected for all people to enjoy into the infinite future.

The drive to create a national park became successful in the mid-1920s, with most of the hard working supporters based in Knoxville, Tennessee, and Asheville, North Carolina. The two groups had long been competitors over the location of the national park, but they finally began pulling together for a park in the heart of the Smoky Mountains, halfway between the two cities.

As a matter of past history and present interest, the park movement was directed not by the hardcore conservationists, backpackers, and trout fishermen, but motorists. The newly formed auto clubs, mostly branches of the AAA, were interested in good roads through beautiful scenery on which they could drive their shiny new cars.

In May, 1926, a bill was signed by President Calvin Coolidge that provided for the establishment of Great Smoky Mountains National Park and Shenandoah National Park. This allowed the Department of the Interior to assume responsibility for administration and protection of a park in the Smoky Mountains as soon as 150,000 acres of land had been purchased. Since the government was not allowed to buy land for national park use, the former political boosters had to become fund raisers. 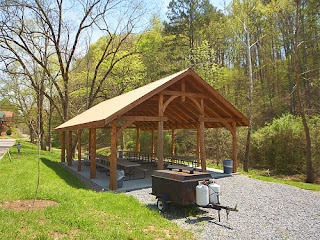 In the late 1920s, the Legislatures of Tennessee and North Carolina appropriated $2 million each for land purchases. Additional money was raised by individuals, private groups, and even school children who pledged their pennies. By 1928, a total of $5 million had been raised. Trouble was, the cost of the land had now doubled, so the campaign ground to a halt. The day was saved when the Laura Spellman Rockefeller Memorial Fund donated $5 million, assuring the purchase of the remaining land. 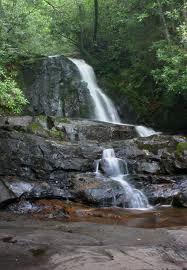 But buying the land was difficult, even with the money in hand. There were 6,000 small farms, large tracts, and other miscellaneous parcels that had to be surveyed, appraised, dickered over, and sometimes condemned in court. The timber and paper companies had valuable equipment and standing inventory which required compensation.

Worse, in some ways, were the emotional losses to people who had to walk away from their homes. A later survey of the displaced people showed that about half took the money and ran and were glad to have it; while the other half expressed feelings from mild inconvenience to outright hostility. Some people were allowed to stay under lifetime leases, particularly if they were too old or too sick to move. Younger ones were granted leases on a short-term basis, if they wanted to try to stick it out. However, they could not cut timber, hunt and trap at will, or otherwise live as they always had.

The first Superintendent of the new park arrived in 1931, Major J. Ross Eakin. By 1934, the states of Tennessee and North Carolina had transferred deeds for 300,000 acres to the federal government. Congress thus authorized full development of public facilities.

Much of the early development of facilities and restoration of early settlers' buildings was done by the Civilian Conservation Corps (CCC), an agency created during the Depression to provide work and wages for unemployed young men. The CCC worked from 1933 to 1942 when World War II finally shut the program down. Many of the trails, campgrounds, and the beautiful stone bridges and buildings that still stand today are examples of their work.

The final touch in the creation of the Smoky Mountain National Park was its formal dedication by President Franklin Roosevelt in September, 1940. He stood on and spoke from the Rockefeller Monument at Newfound Gap astride the Tennessee - North Carolina state line. That ceremony dedicated a sanctuary that is not a local park, a county park, or even a state park, but a national park for all the people of the country and the rest of the world to enjoy. 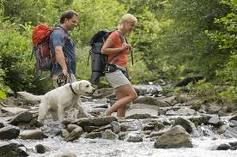 Information provided by Gatlinburg Visitors and Convention Bureau
Posted by The Gatlinburg Advisory at 8:45 AM