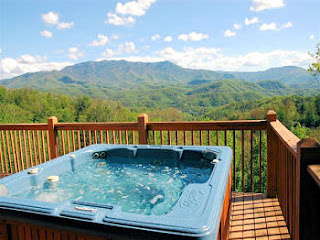 When visiting the Smoky Mountains, people always ask where the nearest lake might be to do boating and water sports.  The answer is Douglas Lake.  This area also features a historic district, fine restaurants, a hydroelectric dam, several marinas, and the Summertime playground of locals & tourists alike.  When visiting Gatlinburg, Pigeon Forge, or Sevierville, I recommend taking a ride to Douglas Lake for a meal, boating, or wave runner ride.  The beauty of the lake and surrounding mountains is a grand sight for people looking to do something different than the Parkway, the Smoky Mountain National Park, or Dollywood.

Located 32 miles above the mouth of French Broad River, this hydroelectric dam was built by TVA in world-record time in the 1940s to meet emergency energy demands during World War II.  The project required the purchase of 33,160 acres of land and the relocation of 525 families and 32 cemeteries before the area was flooded, creating Douglas Lake.  As the citizens of Dandridge faced the scheduled flooding of their town, they appealed to First Lady Eleanor Roosevelt, pointing out that the town was the only place in the U.S. named for the country's First Lady -- Martha Dandridge Washington.  Mrs. Roosevelt made certain that a saddle dam was built to protect downtown Dandridge, and the town was spared. 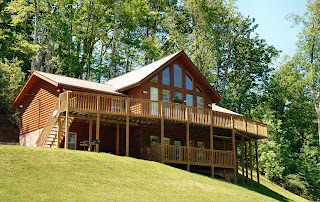 Dandridge is one of the oldest towns in the state.  During the western expansion of the late 1700s, the fertile valleys, fresh water and abundant game of this area brought permanent settlers in 1783.  In less than a decade, the settlement grew large enough for William Blount, Governor of the Territory South of the Ohio River, to carve out a new county named Jefferson in honor of the Secretary of State, Thomas Jefferson.  Today, downtown Dandridge is a National historic District featuring the 1845 courthouse & four original taverns on the district's walking tour.  The town has the unusual backdrop of the Dandridge Dike, constructed in 1942 to save the downtown area from the waters of Douglas Lake when TVA constructed a dam across the French Broad River.
Posted by The Gatlinburg Advisory at 11:48 AM