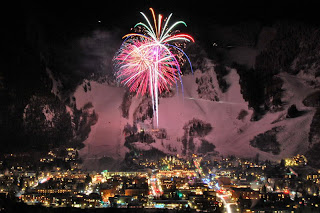 Nestled in the valley of the Little Pigeon River's West Fork and surrounded on three sides by the majestic National Park, Gatlinburg has evolved from a rural hamlet to a thriving gateway community.
Settled in the early 1800s, it was first named White Oak Flats for the abundant native white oak trees covering the landscape. It is believed a middle-aged widow, Martha Jane Huskey Ogle, was the first official settler here. She came with her family to start a new life in what her late-husband described as a "Land of Paradise" in East Tennessee.

In 1854, Radford C. Gatlin arrived in White Oak Flats and opened the village's second general store. Controversy soon surrounded him and was eventually banished from the community. However, the city still bears his name.

As a self-sustaining community, Gatlinburg changed little in the first one hundred years. When the Civil War erupted, some locals joined the Union, others the Confederacy. But, in general, the mountain people tried to remain neutral. Although only one Civil War skirmish was fought in Gatlinburg, countless raids were made by both sides to gather vital resources needed to sustain the war effort. As with much of the South, deprivation and hardship persisted long after the war. 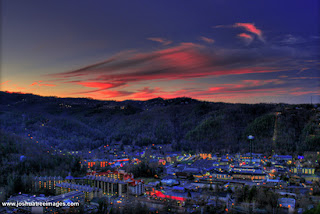 With the formation of the Smoky Mountain national park, tourism boosted the area's economy. Many of the displaced mountain families moved into town, either developing new enterprises or taking jobs in new hotels, restaurants and service facilities to meet the needs of the burgeoning tourist industry. Progress slowed considerably during World War II. But, by war's end, tourists returned with a vengeance and the sleepy little village of Gatlinburg expanded to meet the demands. Incorporated in 1945, it has since developed into a four-season resort and convention Mecca.

Originally called White Oak Flats, there are many stories as to how Gatlinburg got its name, all involving a controversial figure who settled here in 1854. Radford C. Gatlin opened the town's second general store and when the post office was established in his store, in 1856, the town name changed to Gatlinburg. He was flamboyant and, as a preacher, established his own "Gatlinite" Baptist Church. He was a democrat in a republican community, and was eventually banished from the area.

Posted by The Gatlinburg Advisory at 1:23 PM