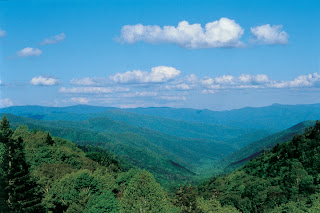 Tennessee has a very elaborate, colorful history with simple, but artistic people.  From the Thunder Road of Prohibition, spawned the Sport of Nascar.  The TVA & the creation of the Great Smoky Mountatin National Park brought commerce and business that has given jobs to thousands.  Whether it's music, arts, or crafts, Tennesseans have contributed as some of the most talented, artistic people in the nation.

Historically, Prohibition in the 1920s outlawed the manufacture and sale of liquor, giving a new value to the homemade Appalachian liquor known as moonshine. Daredevil drivers eluded federal marshals under the cover of darkness to “run the shine from the hollers to the speakeasies” on the treacherous mountain route known as “Thunder Road.” The shine runners became local celebrities, holding public races that eventually grew into today’s NASCAR.

In 1927, a talent scout from the Victor Talking Machine Company came to Tennessee and held the Bristol Recording Sessions, recognized as the birth of country music. These sessions and others discovered Jimmie Rogers, The Carter Family, and The Stoneman Family.
The Great Depression of the 1930s brought about federal projects in East Tennessee that transformed the region economically, but also forced over 45,000 people from their homes. The Tennessee Valley Authority (TVA) sought to address flood control, power generation and outdoor recreation with the creation of massive dams and reservoirs that required the relocation of people, homes and cemeteries. Watauga, Douglas, Cherokee and South Holston are all projects on Sunny Side created by the TVA. The creation of Great Smoky Mountains National Park in 1934 had the same effect, with over 1,000 families removed from their land to create what is now America’s most popular national park, a national treasure that draws 10 million visitors a year. 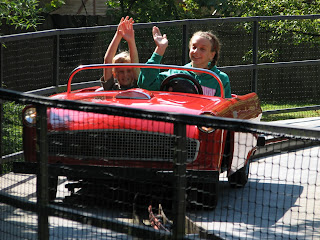 Today, East Tennessee is home to some of the state’s most engaging and most visited amusement, shopping and entertainment attractions, and the area is still known for its Appalachian crafts communities. Tennessee’s first city, Jonesborough, is now the Storytelling Capital of the World, hosting an annual fall festival that draws huge crowds to hear the best storytelling in the nation. Music is very much alive and well on the Sunny Side Trail, where dozens of local music venues promote and preserve the Appalachian and early country music sound. The legacy of the moonshiners lives on at the world’s fastest half mile NASCAR track at Bristol Motor Speedway and Dragway, and the gorgeous hills and rivers create some of the country’s favorite national, state, and city parks and recreation areas.
Posted by The Gatlinburg Advisory at 7:21 AM