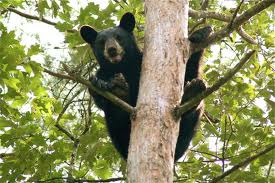 Blount College, the University of Tennessee’s forerunner, was established in Knoxville in 1794, two years before Tennessee became a state. Located near the center of Knoxville’s present business district, Blount College was nonsectarian in character, which was unusual for an institution of higher education in that day. The university has remained nondenominational and is said to be the oldest such institution west of the Appalachian Divide.

From the outset, Blount College was all-male, as were most colleges at the time. The restriction was ended in 1892 when the first women students were admitted. The University of Tennessee thereafter was fully coeducational.
In 1807 the state legislature changed the name to East Tennessee College, and in 1826 the present site at Knoxville, the 40-acre tract known as “The Hill,” was acquired. The college’s name changed again in 1840 – to East Tennessee University.

The Civil War forced the institution to close, and its buildings were used as a hospital for Confederate troops and later occupied by Union troops.
East Tennessee University reopened after the war, and in 1869 the state legislature selected the university as the state’s federal land-grant institution, under terms of the Morrill Act passed by Congress in 1862. This enabled the university to broaden its offerings by adding agricultural and engineering courses to its curriculum, as well as military science, which the Morrill Act required.

Today's enrollment is just over 27,000 students including under-graduate and graduate.  The next time you want to visit the University with your children or possibly take in a SEC athletic event, feel free to book a cabin rental in the Smokies.  Pigeon Forge and Gatlinburg are less than one hour away from Campus in Knoxville.  Knoxville has plenty to offer on "The Strip", down Kingston Pike, throughout Turkey Creek, and down on the River.  Make it a weekend event and take in the Smoky Mountains.  It will be a memory your family will cherish and appreciate.  We'll see you in Volunteer Land!

Posted by The Gatlinburg Advisory at 4:20 PM